On 1st Nov. 2021, Elon Musk tweeted a 1,800-year-old Chinese poem “Seven Steps Verse”. He posted the poem in Mandarin with the word ‘Humankind’ above it. Elon Musk’s tweeter baffled his followers and sparked speculation about its secret meaning. What’s the meaning of this poem? What’s the story behind it? 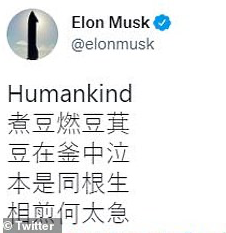 This ancient poem tells the story of conflict and rivalry between two brothers Cao Pi and Cao Zhi, sons of the warlord Cao Cao during China’s Three Kingdom period between 192 and 232AD. 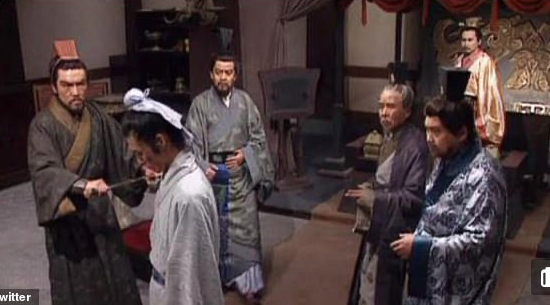 One day, the older brother summoned his younger brother and forced him to create a poem about their brotherhood within the timeframe of walking seven steps or otherwise be executed.

This poem is widely known in China. Even elementary school kids can recite it. It teaches children about getting along.  It also shows how rivalry and jealousy are roots of evil in humankind.

In this post, I show you my English translation with my digital sketch. I hope it can help you to understand the poem.