“La Mer” (English: “The Sea”) is a song by French composer, lyricist and singer Charles Trenet. I think It’s the most beautiful song ever written for the sea.

According to the Wikipedia, Trenet wrote the initial version of the song’s lyrics as a poem at the age of 16, many years before he came up with a tune for it. The tune came to him while he was traveling by train in 1943 as he was gazing out of the window. He jotted it down on a piece of paper and in the afternoon he worked out the details with his pianist. That evening they performed it in front of an audience.

Over the years the song turned out to be rather popular throughout the world. It was considered to be France’s best selling song.

There are different version of English translation of “La Mer”. In my opinion, they all are way ‘foreign’ from the original version. I tried my best to translate it. Here is my English version of “La Mer” 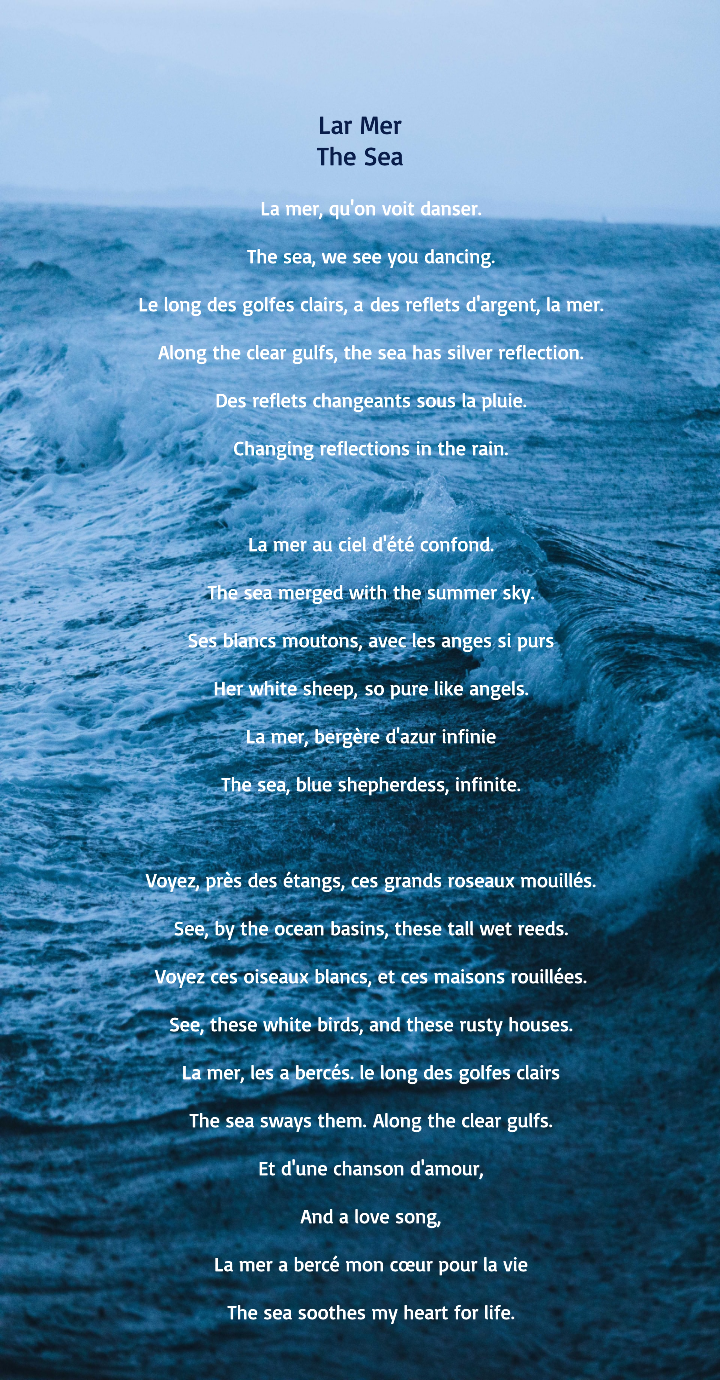 I also made a video for this beautiful song. Here is the link: