The first step is to water roses regularly, twice a week. However, roses in containers will likely need water every day, and sometimes twice a day. Aim for about an inch of water a week, either by rainfall or the watering hose.

Make the most of your watering regimen by keeping roses mulched. A 3- to 4-inch layer of organic mulch reduces evaporation and keeps plant roots cool during hot summer days. 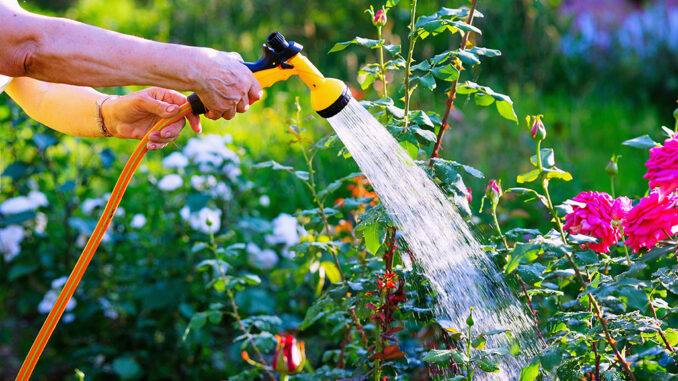 You can also keep a tidy garden by picking up diseased leaves that have fallen to the ground. Good housekeeping practices significantly reduce disease in the garden. The most prevalent rose disease, black spot, is mold that increases as the humidity in the air increases. When you pick up and dispose of diseased foliage, you control the spread of black spot.

Another black spot control is to spray roses with an anti-fungal spray every seven days. When using fungicides, carefully follow label directions and remember that twice as much doesn’t mean twice as effective.

Most pests like Japanese beetles can be removed manually. When you see them in your garden, fill up a bucket with soapy water, pull off the offending bug (wear gloves if you need to) and drop the insect in the water. Spraying for pests only if they become a problem over time. You can also plant companion plants like irises, bee balm and daylilies that attract like ladybugs. 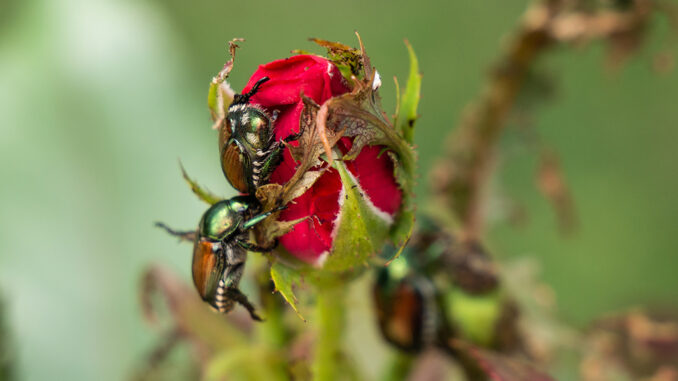 Most importantly, prune roses in late summer. In late July to early August, cut back repeat blooming roses by half. This shapes up the plant, and signals the bush to bloom again. This late-summer pruning will bring a final flush of blooms in about six weeks.

You can also apply an organic fertilizer like Jobe’s to give roses a boost for the brilliant final flush of blooms. Apply no fertilizer after August.

Tip: Growing roses organically can be done, it’s all about the variety that you grow. Choose roses for disease resistance (read the plant tag!) and place them in the sunniest part of your garden. Roses need a minimum of six to eight hours of sunlight daily to thrive. 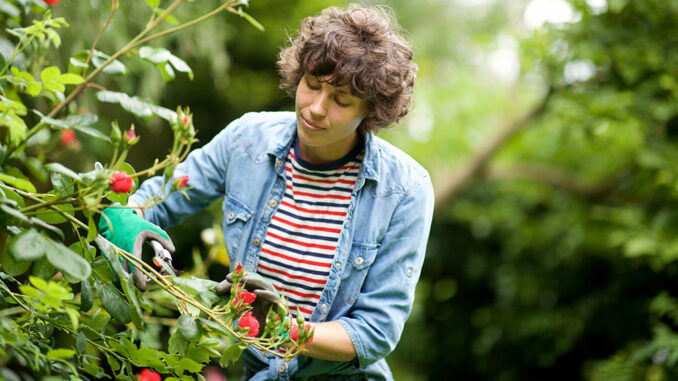 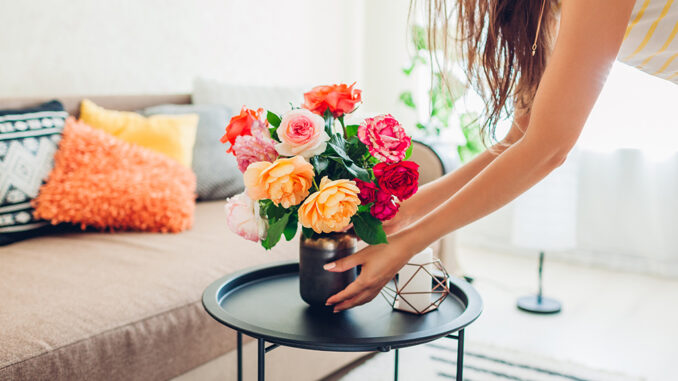