A few days ago I read an interesting post by Minda Zetlin from CNBC. She has compiled a list of 7 most valuable pennies in US so far. One penny, which is ‘1943 Bronze Lincoln’,  sold 1.7 million in 2010 because it has a war related story in US mint history. The other 6 valuable pennies are all associated with doubling mistakes in minting process. Reading her post, you can learn some new terms about coin making and US mint history. You might also want to go on the treasure hunting later on.

Only 15-20 of 1943 Bronze Lincoln pennies are known to collectors today. The most valuable Lincoln cent sold privately in 2010 for $1.7 million. 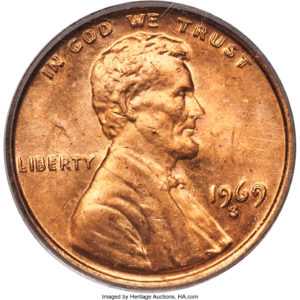 Doubled dies are created when the hub imprints an additional image onto a die — or stamp — causing some misalignment. The doubling occurs from mistakes in the minting process.

The doubling on the 1969-S Doubled Die Obverse is especially prominent in the words “LIBERTY” and “IN GOD WE TRUST” .  Also, look for the letter “S” right below the year 1969, which means it was created at the San Francisco Mint.

A coin expert estimates that probably less 1,000 or less made before the Mint discovered its error. A coin in good condition could go for about $75,000. Last year, one sold for $35,000. 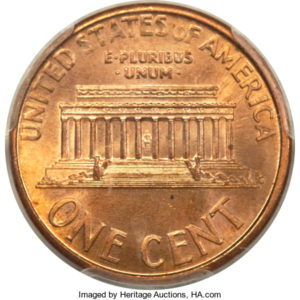 On the reverse of the 1992 Close AM, the right foot of the ‘A’ and left foot of the ‘M’ in ‘AMERICA’ touch. (Most pennies minted that year have very definite spaces between those letters.) 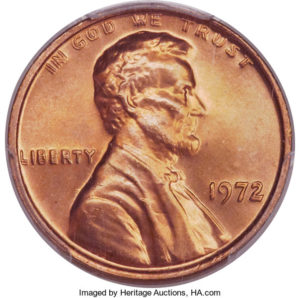 Similar to the 1969 Doubled Die, the doubling on this penny is especially prominent in the words “LIBERTY” and “IN GOD WE TRUST” — with some light doubling on the date.

A coin expert estimates that at least 250,000 coins released with the doubled die. A used one of these might be worth about $100, while a cleaner one could go for $500. 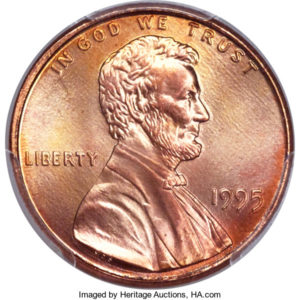 Although the doubling on these coins isn’t as prominent as it is on the 1972 Doubled Die coins, it’s quite noticeable in the word “LIBERTY,” especially in the letter “B.” There’s also some light doubling on the date.

These are one of the easiest valuable pennies to find.  A coin in good condition could sell for up to $45. 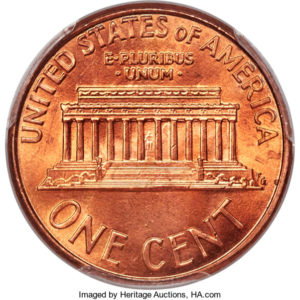 Once again, the mint erroneously used a proof die to strike normal circulation coins. A coin in new condition could be worth around $500, while a used one could fetch up to $45. 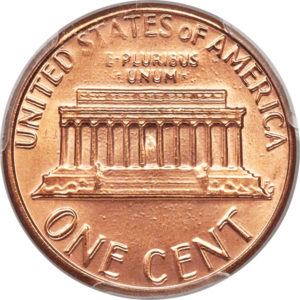 In this case, the doubling is on the reverse of the coin. The words ‘ONE CENT’ and ‘E PLURIBUS UNUM’ looks like the doubling.

How to cash in on your pennies

If you think you’ve found a valuable penny, A coin expert suggests consulting a professional. Some auction houses offer free evaluations. Additionally, they can help get your coin certified by a grading service and guide you through the entire selling process.