On the Eve of his first anniversary since inauguration, President Biden gave a press conference. During the conference, he praised his achievements. Here are some of his achievements he definitely forgot to mention:

A recent survey showed that Biden’s approval rate is dropped to the lowest. Only 11% of those surveyed gave him a grade A, but 37% gave him an astonished F. Well done, President Biden. You are having a One-Person Party. Have fun. 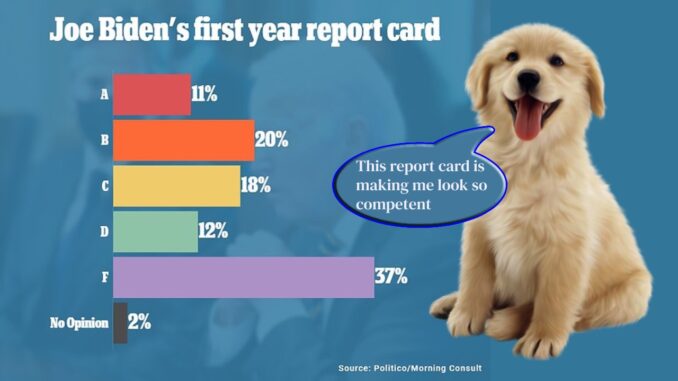